A downloadable game for Windows

Your majesty has organized the Bloody Flower Games. Collect as many roses as you can or steal them from your opponent's crates. You can attack and kill your opponents if necessary. The player with the most roses wins at the end of the round.

The game is best played with 4 players using game pads.

The main goal of the game is to fill your crate with roses.

Hi, can I play this with one keyboard with one friend on my keyboard as well? If not I will go out and buy a controller or something for this game because it is fun!

Currently you will need at least 1 extra controller to be able to play with friends. When I have some free time I will investigate adding support for multiple players with just 1 keyboard.
Thanks for your comment!

Thank you very much! The game is fun!

Hello! I've uploaded a new build named for-the-queen-windows.zip which has support for 4 players using the same keyboard. I haven't tested it with 4 players myself but at least with 2 players seems to work fine. Below are the keyboard controls for each player:

Thank you so much!

Just wanted to mention that I renamed the downloadable file with keyboard support to PostGameJamKeyboardSupportUnstable.zip

There seems to be a bug in that version that after a match ends, the other players can't move their characters and therefore that's why it's "Unstable".

You are right, I completely forgot to add the exit button. I shall fix that in the next version :)

Game looks awesome mate! Only if it was available for Mac :( ,  34 Mb size for this !!!
Nice work on size optimization and Great ART

Thank you for the nice comment! I would have liked to make a build for Mac but my macbook is so old it doesn't run the engine anymore :( 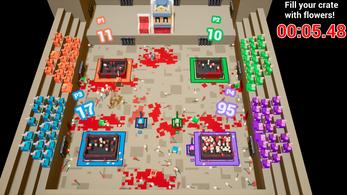 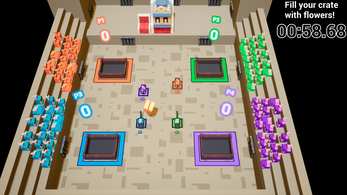 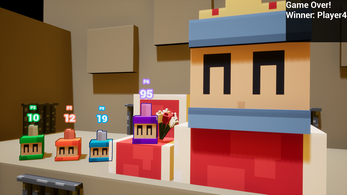 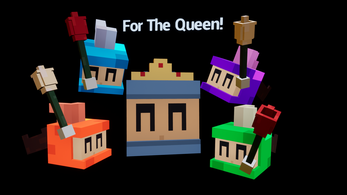